Urban Strife brings together a complete package for the strategy fan: turn-based combat, RPG with character development and post-apocalypse survival. A true “Jagged Alliance meets The Walking Dead” of the modern era.

Built on Unreal Engine, Urban Strife brings turn-based strategy onto a solid platform and takes full advantage of it with advanced AI systems, realistic ballistics calculations, cover based on material penetration, and spectacular scenery with dynamic day/time cycles. But while under the hood everything is brand new, Urban Strife comes with a user interface and battle controls that are trusted and familiar to the old-school gamer and easy to pick up by the new generations.

In Urban Strife you will command a group of quirky, slightly deranged militia and try to ensure the survival of the Urban shelter, a small community somewhere at the foothills of the Appalachians. While on the field, you will have full control over your group’s actions and engage in exploring, trading, and making allies. At home, you will manage supply and logistics, upgrade the base, heal, and train your fighters. It is up to you to organize supply runs to kickstart your shelter economy, upgrade your weapons, deal with emergencies, and prepare for the inevitable re-emergence of the undead horde that almost wiped off civilization two years before.

Dynamic Campaign — Write your own story of survival with complete freedom of choice over who you befriend and who you annihilate. Your actions will forge your reputation and decide who will be your ally and who will be your enemy in the final hours.

Advanced Combat — Bullets follow real ballistic calculations with variable penetration and damage based on range, caliber, and type. Blood loss, crippling injuries, and other afflictions can lead to long-term damage if you are not careful. And the AI will make sure to punish you if you rush into battle unprepared.

Urban Shelter — Your own base where you can rest, heal, and resupply. A community with its own troubled history and internal dynamics that you need to bring together to bolster its survivability and upgrade its defenses.

Changing Environments — Dare face the threat of undead and alive enemies and explore the city of Urban and its vast system of highways, railway and subway routes, urban and wild sectors, where the factions are fighting for dominance. Build a customized zombie-proof vehicle to travel faster and deeper into the unknown.

Faction Bonuses — Gain the trust of a faction and they will allow you to access the unique, specific items and base upgrades. Take the warrior path and be the ultimate killing machine, show everyone and everything ultimate mercy following the monk way or simply part your way into the oblivion, while making a profit of the apocalypse with the biker gang.

Advanced Vision and Sound — Night and day cycle dynamically changes the perception factors, making stealth a viable option. Sneak and make use of cover to stay out of sight then use melee for silent takedowns. Or lay the perfect ambush and raise hell to lure your enemies in it, only to set everyone alight with fire that dynamically consumes everything that burns.

Unique Zombie AI — Tackling the issue of having large numbers of slow enemies each taking its turn to move was one of the great challenges developing a zombie TBS. Urban Strife comes with a unique horde AI that allows all undead enemies to use a single turn for movement yet preserve their individual sensors and alert status. So, it is up to you how big the horde gets and where it is heading.

Modding SDK — Complete ownership of the code and assets and the features of the Unreal Engine helped us build the game with modding in mind. After the main campaign is released, we will publish a free Modding SDK with extensive documentation & support that will allow our community to unleash their creativity. 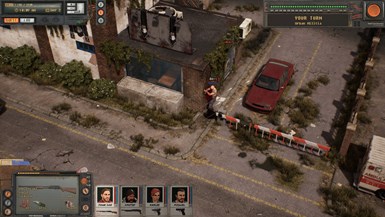 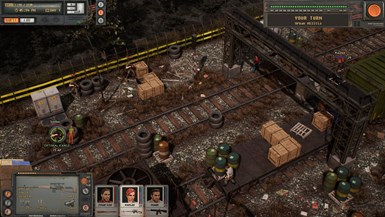 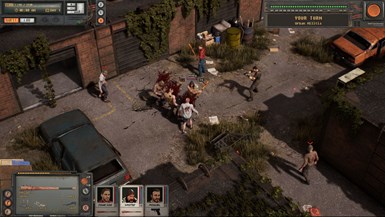 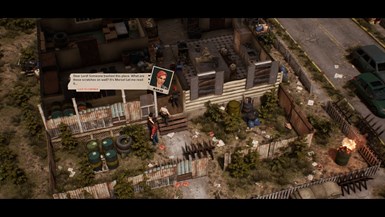 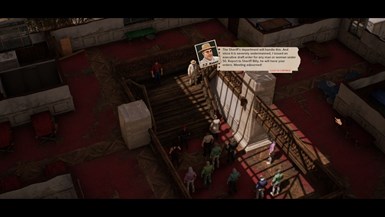 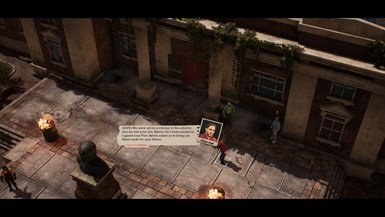 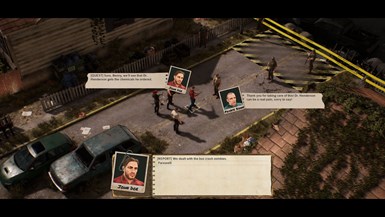 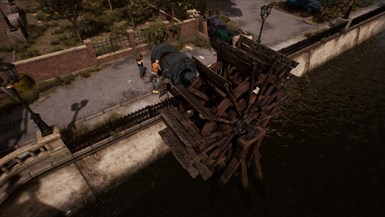 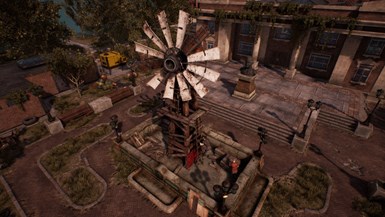 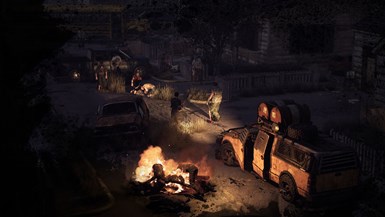