Tiny Football is a throw back to old top-down retro soccer games of the 90's. Simple, one button gameplay yet still able to provide a rich football experience with accurate passing and shooting, tackles, crosses, throw balls, overhead kicks, free kicks and more. Compete with 64 national and club teams with home and away kits, full squads, custom cup and league, and league + knockout style tournaments.

Rich gameplay is achieve by sharing user control with AI assistance to produce realistic passing and shooting based on individual player ability. However, the randomness of passing and shooting, even when playing against AI, will still vary player behavior and ‘fluke’ goals give added excitement.

Strategy on the pitch

Each squad player has their own skill levels and players can be pre-selected before each match and substituted during match time when match fitness drops. In-match injuries will force substitutions. Sent off players and player suspensions will force players to shuffle team selection adding a managerial feel to tournaments.

Additional features include goal celebrations, player protests, extra time and penalties. Play with a friend (controller and keyboard) or the computer. 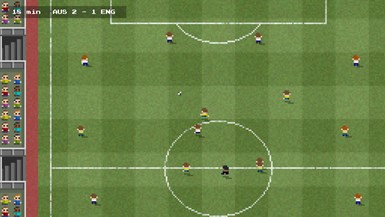 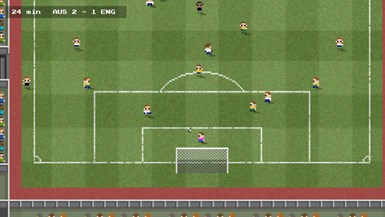 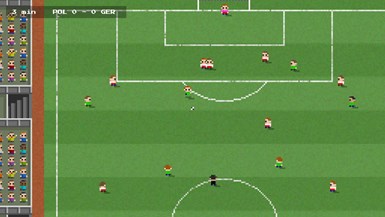 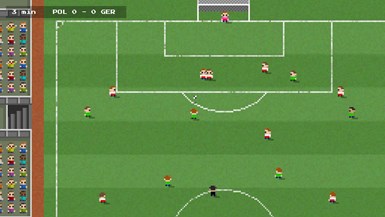 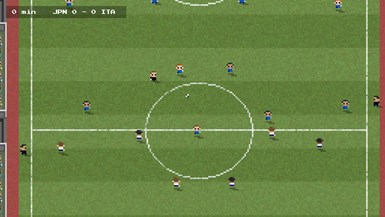 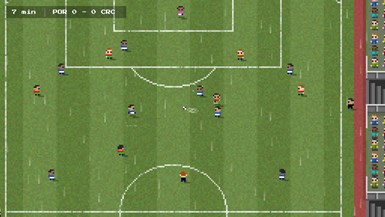 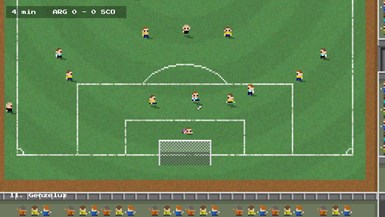 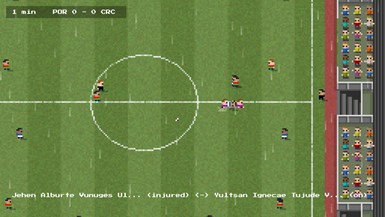 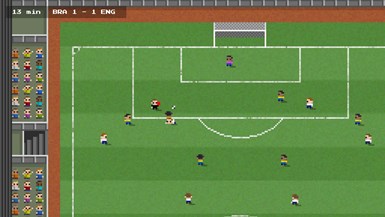 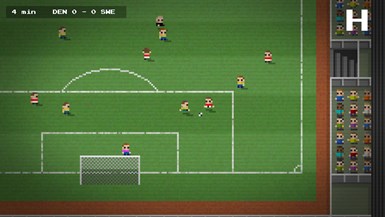 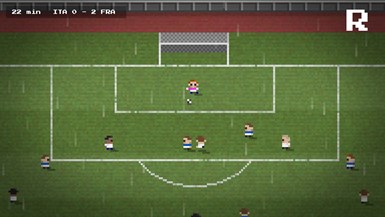 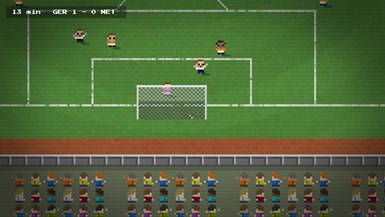